Last week, Nicolas Ghesquière told Yann Barthès, host of French national talk show Quotidien, that the Louis Vuitton designer’s plans to launch his own namesake brand, backed by Vuitton-owner LVMH, were “much closer to reality” than they were two years ago, when Ghesquière floated a similar idea to the news media. But when Barthès pressed Ghesquière on a timeframe for the new label, he laughed and said only: “I’ll come back and tell you when!”

Ghesquière, who inked a new contract with Louis Vuitton in May, is undoubtedly one of the world’s most talented fashion designers. So why the delay in giving him his own label?

During Paris Fashion Week, following Hedi Slimane’s explosive debut at Celine, many observers puzzled over a similar question. Given that the star designer has legions of fans and has essentially remade Celine in his own image, why wouldn’t LVMH simply give him his own label and save Celine for someone who could continue the aesthetic template of the beloved former creative director Phoebe Philo?

In 2015, when Alber Elbaz exited Lanvin after turning the once-dusty label into a star brand globally known for its impeccably chic cocktail dresses, a similar query came up. Why wouldn’t a deep-pocketed backer fund the launch of the Alber Elbaz brand?

And back in 2008, before Slimane’s predecessor Phoebe Philo took the reins at Celine, it was rumoured that she, too, was aiming to launch her own brand, but it never came to pass. Why?

The truth is, launching a new fashion brand with any of the world’s top designers is a very expensive and risky proposition. These designers come with big expectations, multi-million-dollar salaries, large creative teams and associated sampling and development costs. And that’s without the massive marketing expenditure required to generate awareness for a new brand. Even a superstar designer like Hedi Slimane, who has attracted a global following of “Slimaniacs,” is relatively unknown to the mainstream consumer.

Then, of course, there’s the scarcity of appropriate physical retail real estate, which is hard to secure. And even if the right locations can be found, the high capital expenditure associated with high-gloss physical stores on the world’s most prestigious shopping streets — still critical to the luxury fashion business model — and the challenge of building a robust e-commerce presence with a service layer that can compete with pure-play competitors that offer personal attention and 90-minute delivery limit the opportunity to reach customers.

All told, the investment required to launch a new brand in the first few years alone can easily add up to $50 million — or more. And without distribution and marketing channels ready from the get-go, getting a return on that big investment can take a very long time.

There’s also the challenge of managing the intellectual property rights associated with a new designer label. Many big designers are afraid of losing the right to the their name à la Helmut Lang or Roland Mouret and would insist on owning the associated trademark. But what happens if the venture hits a bump and the designer exits, taking his name with him? The issue can often prove a dealbreaker for both sides.

On the other hand, plugging a big name designer into an existing brand and wiping the slate clean, making way for a new creative template, comes with plenty of advantages when compared to the task of launching a new brand from scratch.

For a start, the retail network, e-commerce platform, marketing channels and back-end supply chain are already in place, not to mention critical management and executive talent. Plus, there is already brand awareness in the marketplace. This means new product can be created, marketed and distributed relatively quickly, enabling a far faster return on investment.

Under Phoebe Philo, who was able to plug into Celine’s existing infrastructure and set a fundamentally new creative template, the house grew annual sales revenue to about €800 million in 2017, up from about €200 million in 2008, the year she joined. At Saint Laurent, Hedi Slimane, too, was able to make a similar move, growing revenue to €1.2 billion in 2016, the year he exited, up more than 150 percent from about €473 million in 2012, the year he joined. At Gucci, the Alessandro Michele effect was even more dramatic. The designer stepped from the back rooms of the brand and into the shoes of Frida Gianni with a new creative vision that re-energised the brand to the tune of €6.2 billion in sales in 2017, up from €3.5 billion in 2014.

By contrast, Alexander McQueen and Stella McCartney have taken much longer to scale. And while Kering still has ambitions plans for McQueen, and Stella McCartney has grown her business to a scale where she can now go it alone without the backing of the French conglomerate, their growth rates simply do not compare. At Kering, the case of Christopher Kane also underscores just how hard it is to scale a brand from scratch. The group took a 51 percent stake in the British label in 2013 and helped to finance e-commerce and a standalone retail store on London’s Mount Street. But the business has not grown much since the acquisition. In the year ended December 31, 2013, Christopher Kane generated £6.97 million, according to filings with Companies House in the UK. Three years later, revenue stood at £7.8 million. The company is negotiating its exit from the conglomerate.

Certainly, with the right talent in place and a willingness to allow a new designer to set a fundamentally new creative template, there is much bigger upside to injecting a fresh vision into the infrastructure of an existing house that building a new one from scratch.

In a sense, the new Celine is the Hedi Slimane label — without Slimane’s name on the door but with the essential retail, marketing, talent and supply chain in place, massively limiting capital expenditure requirements and creating a much more clear and direct path to financial return. It’s an approach that simply makes good business sense — especially if the brand achieves the goal set by LVMH chairman Bernard Arnault to “reach at least €2 to €3 billion, and perhaps more, within five years.” 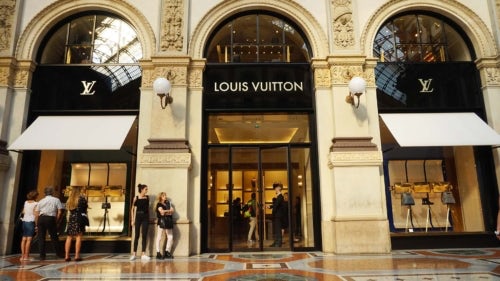 LVMH third-quarter sales boosted by fashion and leather goods. Shares in the world’s biggest luxury-goods company fell even as its all-important fashion and leather goods unit — which saw a 14 percent rise in comparable sales — did better than expected in the third quarter. Sales reached 11.4 billion euros ($13.1 billion) in the quarter and were up 10 percent on a comparable basis, in line with forecasts. Stocks in the broader luxury sector have been sliding due to lingering fears of a Chinese slowdown.

Farfetch dips below IPO price. Almost one month after its blockbuster IPO, the fashion unicorn dropped below its debut price of $20 per share in intraday trading. However, it’s not uncommon for shares of newly public companies to dip after investors’ initial excitement wears off. Of the 191 companies to hold US IPOs this year, 70 were trading below their debut price as of Monday’s close. Plus, the ongoing trade spat between the US and China has cast uncertainties around consumer luxury spending in both regions.

China’s Icicle buys Carven. Icicle Fashion Group has beaten out a phalanx of bidders to buy out bankrupt French fashion brand Carven. The financial terms of the deal were not disclosed. Despite Carven’s difficulty carving out a place in the modern fashion firmament, the label offers considerable value to Icicle as a vehicle for global expansion, access to European design expertise and international luxury brand credibility.

Remo Ruffini’s investment company takes stake in Attico. Archive, an investment vehicle controlled by the Moncler chairman and chief executive, has taken a 49 percent stake in the fashion brand founded by Gilda Ambrosio and Giorgia Tordini. Attico, which launched in February 2016 and gained traction for its opulent, vintage-inspired dresses, is sold at global retailers like Bergdorf Goodman, Net-a-Porter, Moda Operandi and MatchesFashion, and has since expanded into footwear, handbags and jewellery.

China’s streetwear empire raises $25 million. C Ventures founders Adrian Cheng and Clive Ng have led a Series E investment round in Yoho!, one of China’s most influential streetwear platforms. The funds will be used to scale Yoho!’s business to reach more customers, particularly in Western markets, as well as improve its online and offline integration. The company has raised over $150 million since its first financing round in 2006. 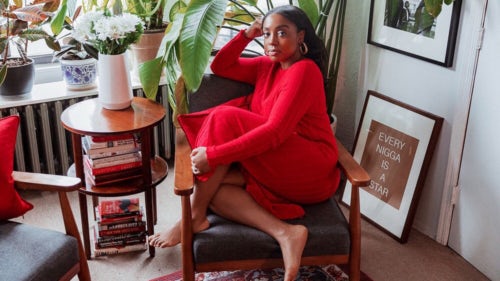 Teen Vogue appoints new editor. Lindsay Peoples Wagner, currently the fashion editor at New York Magazine and the Cut, will take the reins at the Condé Nast teen title on October 18. Picardi, who held the title of chief content officer at Teen Vogue, is exiting the company later this month to become editor-in-chief of Out Magazine. Meanwhile, Fred Santarpia, who has been chief digital officer at the publishing giant since 2012, is leaving. His exit on November 2 is part of a larger effort to combine the company’s US and international product and technology platforms.

The Ordinary founder shuts company. Founder and chief executive Brandon Truaxe has ordered the brand to shut down operations in an Instagram post, where he accused a long list of Deciem employees and investors of unspecified financial crimes. Since then, Deciem’s homepage has been replaced with an all-red screen, and most The Ordinary shops have closed. The Estée Lauder Companies, which owns 28 percent of Deciem, has applied for an injunction to strip Truaxe of his chief executive role and remove him from the company’s board. The beauty giant said the founder’s behaviour violated a shareholder agreement that had protected his position by requiring Truaxe’s approval to make major personnel decisions.

Y/Project’s Glenn Martens is Pitti Uomo’s next guest designer. Martens, who is creative director of Paris-based men’s and women’s label, will show at the 95th edition of the Italian men’s trade show in January 2019. It was his “vision of combining streetwear and couture” that appealed to Raffaello Napoleone, chief executive of Pitti Immagine. As a result, the brand will not show its menswear collection at Paris Fashion Week.

Former Vogue deputy editor Anna Harvey has died. The editor, who was also a confidential fashion advisor to Diana, Princess of Wales, has passed away. During a career that spanned over three decades at Condé Nast, Harvey held positions at Brides, Vogue and Tatler. Later, as editorial director of new markets at Vogue, she oversaw the launch of the publication in numerous countries, as well as other Condé Nast titles across Europe and Africa.

Johan Lindeberg is back at BLK DNM. The Swedish designer has bought the denim and leather brand he launched in 2011 and stepped away from three years ago. In 2015, Lindeberg decided to focus on other creative pursuits, including photography. He soon returned to the label as a creative consultant. Now, with new partners, the designer plans to relaunch in the spring.

Some advertisers are moving half of their search budget from Google to Amazon. Amazon’s growing success could pose a threat to Google parent company Alphabet, which generated $95.4 billion in ad revenues last year, 86 percent of its total revenue. Google is the dominant digital advertising platform in the US and will take in an estimated 37 percent of digital ad budgets in 2018. Although Alphabet does not disclose the breakdown of its ad revenue, most estimates believe the vast majority comes from search ads — approximately 83 percent in the year to date.

The Met Gala embraces ‘camp’ theme for 2019. The New York Metropolitan Museum of Art has announced the theme of next year’s Met Gala and accompanying Costume Institute exhibition will centre on fashion’s camp aesthetic. Entitled “Camp: Notes on Fashion,” it draws on a 1964 Susan Sontag essay that describes camp as “love of the unnatural: of artifice and exaggeration.” The annual invite-only gala fundraiser is held the night before the exhibition opens on the first Monday in May.