Hello BoF Professionals, your exclusive This Week in Fashion briefing is ready, with members-only analysis on the key topic of the week and a digest of the week’s top news.

This week, in the latest sign that the digital video space is heating up, Condé Nast executive Dawn Ostroff, who built the publisher’s video business from scratch, jumped ship to Spotify, which has ambitions to expand beyond audio into video. While Spotify’s video strategy remains nascent, the move came less than a week after Instagram launched long-form video app IGTV in a bid to compete directly with YouTube.

Like Instagram, YouTube is betting on the video opportunity in fashion and beauty. Earlier this week, the platform unveiled a new division dedicated to fashion and beauty partnerships, led by fashion journalist Derek Blasberg.

The flurry of announcements signals a brewing battle for primacy in the fashion video space between two of the world’s largest social media platforms, one backed by Facebook, the other backed by Google. Which is best poised to win?

A new generation of high-speed networks and smartphones with touch screens and greater processing power have made video a normal part of daily content creation and consumption for millions of people. Critically, Instagram is both mobile-native and touch-native, while the vertical video format of IGTV is expressly made for smartphones, giving it a significant advantage over YouTube, which has a horizontal format and interface built for desktop.

What’s more, Instagram has proven to be a stronger platform for building large-scale celebrity fandoms of the kind that drive the fashion market. Many of the top influencers on Instagram, from Selena Gomez to Kim Kardashian, have attracted over 100 million followers each, while the most popular YouTube personality — the Swedish commentator known as PewDiePie — has 63 million subscribers and little to no influence in fashion.

Instagram is also a safer place for fashion and luxury advertisers, which are vigilant about the context in which their carefully cultivated brands appear. Simply put: YouTube has more toxic content than Instagram. And the issue is amplified by YouTube’s pre-roll formats, which can create more problematic adjacencies between brands and objectionable content than the in-feed ads which are used on Instagram.

On the other hand, Instagram isn’t easily searchable or built into the ecosystem of the internet, making discovery clunky. It also suffers from a somewhat schizophrenic positioning: it is simultaneously a place with a rich taste graph, where you go to see content from people you admire, as well as a place that’s increasingly like Facebook, where you go to see content from friends and family.

But whichever platform takes the lead in the fashion market, brands aiming to exploit either YouTube or IGTV must think more deeply about creating entertainment content that people will actually seek out and share. “It’s not about a traditional push marketing mindset; it’s about better understanding entertainment consumption,” says Drew Elliott, chief creative officer at Paper Communications. In addition to a mindset shift, winning in video also requires a new cadre of fashion creators with new skill sets and an openness to experimentation.

IGTV is certainly a more forgiving platform for experimentation in a medium that can be notoriously expensive. YouTube channels, on the other hand, need to be fed with relatively high-quality content at a regular cadence to keep audiences coming back. They also tend to be more personality driven, meaning brands may need to invest in entertaining spokespeople.

But if IGTV appears to have an edge in the battle for fashion video, there’s just one thing: while watching a long-form YouTube video on a laptop in bed may be a relaxing experience, holding a phone in your hand to watch an hour-long vertical video on IGTV is most certainly not. 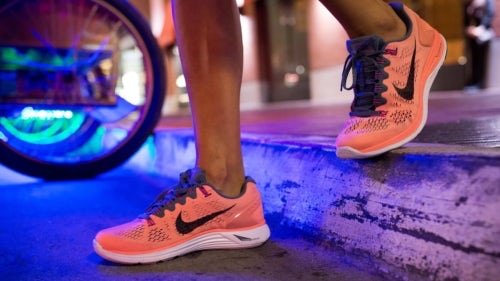 Nike’s North American sales rise for the first time in four quarters. The performance beat Nike’s own forecast for flat sales in the region, a sign that the company’s new products are catching on with US shoppers. Shares rose as much as 5.9 percent in late trading. Overall sales were $9.8 billion, surpassing analysts’ average estimate of $9.4 billion.

Revolve Clothing is preparing for an IPO in late 2018. The LA-based online clothing retailer known for its influencer relationships and music festival marketing pushes is preparing for an initial public offering in late 2018, according to the Wall Street Journal. The deal is expected to value Revolve well in excess of $1 billion. Founded in 2003, the company is part of a group of companies that have stayed private for more than a decade and are trying to capitalise on the currently hospitable IPO market.

H&M second-quarter profits decline. The Swedish retailer reported profit that missed analyst expectations and said its inventory levels increased further in the second quarter. Sales data released earlier this month showed that sales in the period were unchanged in local currencies, despite the fact that H&M added a net 303 stores in the 12 months ending in May 2018. The group’s pre-tax profits declined by 22 percent to $670 million as the retailer struggles to adapt to the new digital landscape.

LVMH divests from Edun. The made-in-Africa fashion brand founded in 2004 by Ali Hewson and her husband, U2’s Bono, is ceasing its current operations. LVMH owns a 49 percent stake in the label and is set to transfer its shares back to the founders. As with many of its mission-driven peers — including Suno and Maiyet — the challenges of producing consistent product in developing regions created back-end bottlenecks that challenged the rest of the business.

Differential Brands to buy Global Brands’ North American licensing business. The $1.38 billion deal will give Differential Brands access to licenses for brands, including Disney, Calvin Klein, Under Armour and Michael Kors, and help boost its pro forma annual revenue to more than $2.3 billion.

Tomas Maier’s eponymous label is closing. Two weeks after Kering announced that designer Tomas Maier would exit his role as creative director at Bottega Veneta, the conglomerate said it is also ending its relationship with his namesake label. The New York stores and e-commerce site are expected to close, and Maier will retain the trademarks. 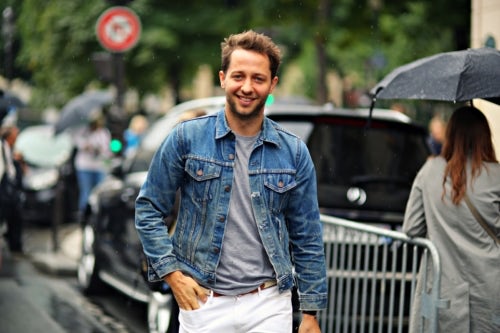 YouTube taps Derek Blasberg to lead new fashion and beauty partnerships division. The well-travelled writer and editor is tasked with cultivating relationships with brands and high-profile people in the industry so that they will use the platform more often, more effectively and build audiences there. Blasberg’s announcement comes less than a week after the launch of Instagram’s IGTV, a clear bid to compete with the Google-owned platform.

Hearst Magazines head David Carey steps down. The president and group head of the company’s magazine division announced that he will step down from his role at the end of 2018 and remain on as chairman of the Hearst-owned company through 2019. Carey has also accepted a position as a fellow at the Harvard Advanced Leadership Initiative. The executive has led Hearst Magazines through a time of disruption and contraction in the print media business, as audiences and advertisers shift their attention and budgets online. The company is considering successors from both inside and outside the company.

Spotify hires Condé Nast executive to manage content. The Swedish music streaming business has hired the head of the publisher’s entertainment division, Dawn Ostroff, to oversee music, audio and video partnerships. Ostroff has spent most of her career in television and film — experience that could be helpful as the company tries to offer more video, including original programming.

Away raises $50 million. With sales on track to cross $100 million this year, the New York-based direct-to-consumer luggage brand plans to use the new capital to to open six additional stores this year, bringing locations to a total of 10, and to expand overseas. Away will also branch out from luggage, part of a broader effort to pitch itself to consumers as a travel lifestyle brand. It has raised a total of $81 million in funding and turned a profit last year for the first time.

Ex-Amazon executive hired to run Bergdorf Goodman. Neiman Marcus Group hired Darcy Penick, previously chief executive of Amazon subsidiary Shopbop, to run its luxury department store Bergdorf Goodman as it refocuses efforts on growing internet sales. At Amazon, Penick revamped the Shopbop website with a more refined look and invested in creating more editorial content to attract shoppers since becoming CEO in 2016. Penick will be tasked with speeding up the company’s “digital transformation,” according to a statement, and step into the job on September 4.